Play the Short Game of Your Dreams…

This app will introduce and explain the Linear Approach to the Short Game, Gary’s innovative technique which is adopted by many of the world’s top players. Gary’s says “The Linear Approach to short game is simple, highly effective and logical and means the miss hit shots still produce great results! Hard to believe but true…”. The app also covers solutions to all your short game problems from difficult lies to distance control and loads more.

Gary Smith AFPGA, known by many as one of the best coaches in the country, is a Golf Monthly UK Top 25 coach and has been a technical coach to England’s top amateur squads with the English Golf Union for over 14 years.

Gary regularly presents short game seminars to qualified Professionals, and the Professional Golfers’ Association has awarded him the status of Advanced Fellow of the PGA in recognition of his knowledge and experience within the game

Videos in the app: 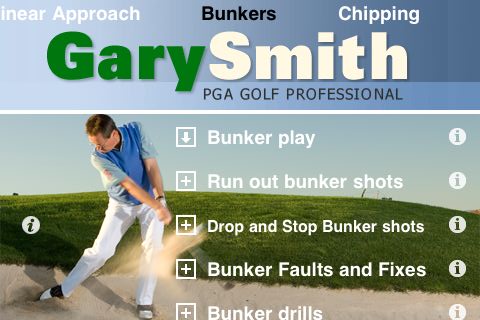 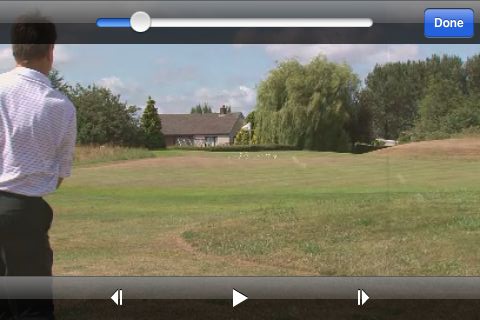 Got an Apple TV? Get the app in full HD!

Get the Golf Short Game App for Apple TV now!

Gary is a highly respected PGA Professional who has been coaching golfers of all levels for over 35 years.

He has 13 years experience working with England’s finest amateur golfers as an English Golf Union Men’s Technical Coach. His experience of county and regional squad coaching is extensive, #and includes Gloucestershire and Glamorganshire, and the EGU South Regional Junior Squad covering Surrey and Hampshire.

He has consistantly been named by Golf Monthly as one of the UK’s Top 25 Coaches. The testimonials to Gary’s coaching, particularly for short game, below show the extent of his reputation with all ages and levels of golfer, so much so that he now passes on his knowledge of, and ground breaking philosophies on pitching, chipping and bunker shots to Qualified PGA Professionals, through 2 CPD Seminars entitled Passion for Short Game and Enhance Your Passion for Short Game.

Vist Garys website for tips or to book a lesson here

Get the Golf Short Game App for iPhone now!